NFTs, or non-fungible tokens, are digital assets that can take a variety of forms such as images, audio, video or GIFs. They are considered unique and distinct through their individual code, which is registered by the blockchain system, the same technology used in cryptocurrencies such as Bitcoin and Ethereum. This process of minting the asset identifies it as the original copy in the eyes of the digital world.

NFTs can be bought and sold, just like any other piece of property, as each NFT is tokenised which means it has a digital certificate of ownership that identifies it as the original even though identical copies can be replicated. That ownership token is stored in a digital ledger, called the blockchain.

Non-fungible means that each NFT is completely unique and relies on blockchain to act as a live ledger on the current ownership of an asset. The blockchain helps identify the NFT, its current owner and its history of ownership. Blockchain is immensely complex, and it is theoretically impossible to manipulate or distort the data stored on it. This is why cryptocurrencies rely on it. The creation of NFTs, their registration, sale and the currency used for transactions is all digital.

The subject can seem daunting and very dense for the non-tech savvy. Here’s a handy glossary of NFT & Crypto related terminology to help when the digital jargon gets too much to handle: Finder.com (Glossary)

How valuable can an NFT be?

In short, incredibly valuable. The art world was the beginning of the NFT boom with pieces selling for huge amounts of money. Possibly the most iconic example would be the Bored Ape Yacht Club (boredapeyachtclub.com) or BAYC, set up by four friends in the design and tech worlds, who created a collection of NFTs built around their “Bored Ape” design. You can purchase your own unique ape and become part of their online community with access to art pages, community groups and special events. Your NFT becomes your membership card to this online space. Different apes have different values on the market and some have sold for very large amounts such as Bored Ape #8817 that sold for $3.4 Million at auction. BAYC NFTs are owned by various celebrities such as Snoop Dogg, Madonna, Neymar, Paris Hilton, Steve Aoki and Seth Green (we’ll come back to him in a bit). As of 2022, Bored Ape NFT sales have totalled over US$1 billion. The brand has expanded into various new arenas such as fashion apparel, brand partnerships (Adidas) and even a potential TV series. Seth Green of Buffy the Vampire Slayer and Robot Chicken fame purchased Bored Ape #8398 and planned on having him star in a new animated series that he’d developed. However, he was hacked by an online scammer who then sold the NFT on, taking away ownership of the ape from Green. He’s now in an awkward online battle with the new owner trying regain ownership so he can proceed with his TV show.

The top two most valuable NFTs at the time of writing are Everydays: the First 5000 Days — $69.3m, a vast collage of 5000 art pieces produced by artist Beeple over the course of 5000 consecutive days. In the number one spot is The Merge, created by digital artist Pak. Pak is another big name in the NFT space, having created some of the most iconic artworks out there. A bit like Banksy, the artist's actual identity remains a mystery, adding to the allure of his pieces. The Merge is a collection of masses that people could buy. The more people spent, the larger their section of mass became. All these masses are lumped under the same creation, and, with total sales coming out to $91.8 million, it makes The Merge the most expensive NFT.

It’s hard to say at this moment in time if NFTs will end up being a fad or if they’re here to stay as part of our growing, fully immersive online world. But whatever the truth turns out to be, NFTs in the present are incredibly popular and are generating vast sums of money.

There are more than a few ways that your brand can use NFTs to give yourself a marketing advantage. Whether it’s through building brand awareness, expanding your audience reach, protecting your brand image or promoting an event, there are many ways in which you can go about building NFTs into a new campaign.

Both the Marriott Hotel Group, McDonalds and Coca-Cola have utilised NFTs to build upon their existing brand awareness. The Marriott group used NFTs to promote its Bonvoy travel programme. The brand partnered with three artists to create different NFTs based on travel experiences. The NFTs were unveiled at an event during Art Basel, a premier modern art show. The NFTs were raffled off and the winners not only got their own unique NFT but also 200,000 Bonvoy travel points.

Coca-Cola released a one-of-a-kind NFT as part of their International Friendship Day celebrations. Each of their NFT loot boxes included four animated, digital artworks that unlocked surprise items upon purchase for the inaugural owner. The NFTs were multisensory experiences built around classic Coca-Cola iconography such as the bubble jacket, vintage cooler and neon signage.

McDonalds introduced their first ever NFT to celebrate the 40th anniversary of the McRib sandwich. The NFT was introduced as part of an ongoing campaign to modernise the brand and bring consumers back to the franchise in the face of dwindling worldwide sales. 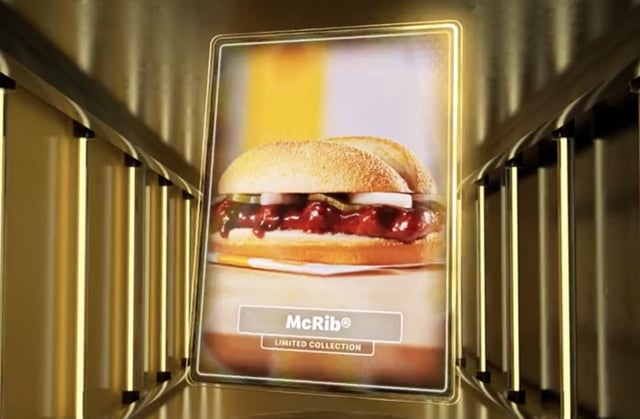 A lot of existing brands are trying to bridge the gap between their ageing demographics and engaging a new, younger audience. The ultra-desirable and trend-setting Gen Z and young millennial consumers. The vast majority of whom would probably consider themselves netizens and spend a large portion of their daily lives in online spaces. Launching NFTs helps brands tap into these vibrant communities and reinvigorates its image in the eyes of younger customers.

Bicycle Cards is one of the world’s oldest card-making companies. In the face of growing competition and a shrinking market they have used NFTs to introduce themselves to younger target audiences. They launched a collection designed by artist Adrian Valenzuela to help showcase their new image and updated branding.

Brands that pride themselves in not only quality but also exclusivity have taken to NFTs to help fight negative PR brought about by knockoffs and counterfeits that have watered down the trustworthiness of the brand amongst consumers. Examples being high fashion brands like Gucci and Dior, and the premium winery Robert Mondavi. As a well-established legacy brand, it has begun to use NFTs to protect their wine’s providence in the face of a growing market of knock off vintages. They partnered with artist Clay Heaton to create a collection of wines featuring porcelain bottles and NFTs that are used to authenticate the legitimacy of the wine.

Using NFTs as not only a collectible piece of event memorabilia but also to add extra authenticity to ticket sales is a novel idea. This year, the music festival Coachella offered all paying participants an NFT digital image of a flower that bloomed on the two Fridays of the festival.

Coachella 2022 also brought other technologies, like metaverse and cashless payment, to showcase how it has adapted to the pandemic restrictions and the growing online community.

Many sports teams have also adopted NFT based ticket sales. This year’s Superbowl involved them, and the Brazilian football club Vasco da Gama has used them for various key matches.

Hollywood has also gotten in on the act with AMC cinemas using NFTs to boost ticket sales for the release of the blockbuster Spiderman: No Way Home.

How do I make an NFT?

As a brand you’ll want to collaborate with an artist that encapsulates your company’s aesthetic and ethos to develop your unique NFTs. In terms of execution, it’s relatively simple.

Want to build out your loyal customer base? Speak to Diversity, we’re here to help streamline your customer experience. Follow us on Twitter, LinkedIn and Instagram for regular updates – or sign up to our newsletter.